I was 18 when The Lost Boys arrived  in the theaters in the summer of 1987. I remember  walking out of the theater feeling full of energy, high on the excitement of the film. I loved just about everything about it. I would see the film twice more in the theater that summer and the soundtrack would become the background music to my summer.

A few years later, after a stint as a nanny in New York,  I  moved to Los Gatos, CA and a few friends from Spokane were living nearby in Santa Cruz. One evening we were hanging out together at one of my friend’s boyfriend’s house. He was a musician and as the night wore on we all gathered around his synthesizer as he played music for us. He started playing,  “Power Play” from the Lost Boys soundtrack and it came out that he was a member of the band Eddie and The Tide, the actual performers of the song! It was one of those moments of kismet for me. What was this magical place? What were the odds of this happening?

Eventually I moved to Santa Cruz and lived there for a number of years. As I lived there a number Lost Boys factoids (like the one above) revealed themselves.

When I visited Santa Cruz last April I thought it would be fun to visit and pinhole a couple of spots from the film.

An interesting  discovery was the Golf Club at Pogonip. Pogonip is a park on the outskirts of University of California that my husband and I hiked at frequently. At the top of a hill was an old dilapidated building that, in it’s heyday of the 1920s, used to be a fancy club house. One evening my husband and I decided to watch Lost Boys and we realized that the dilapidated club house was the house that featured in the film! It was fun to see it re-imagined as a residence for vampire killers. 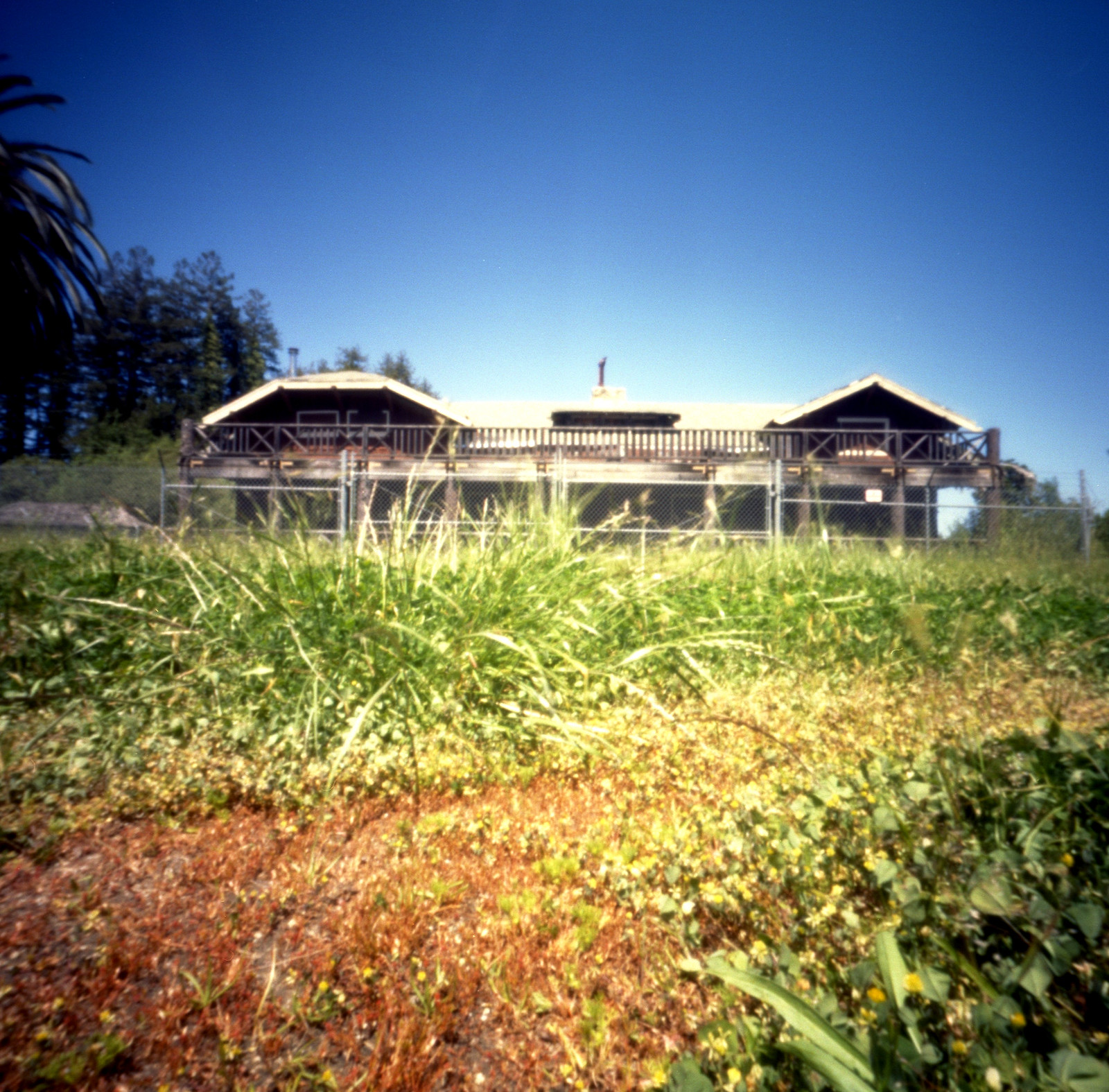 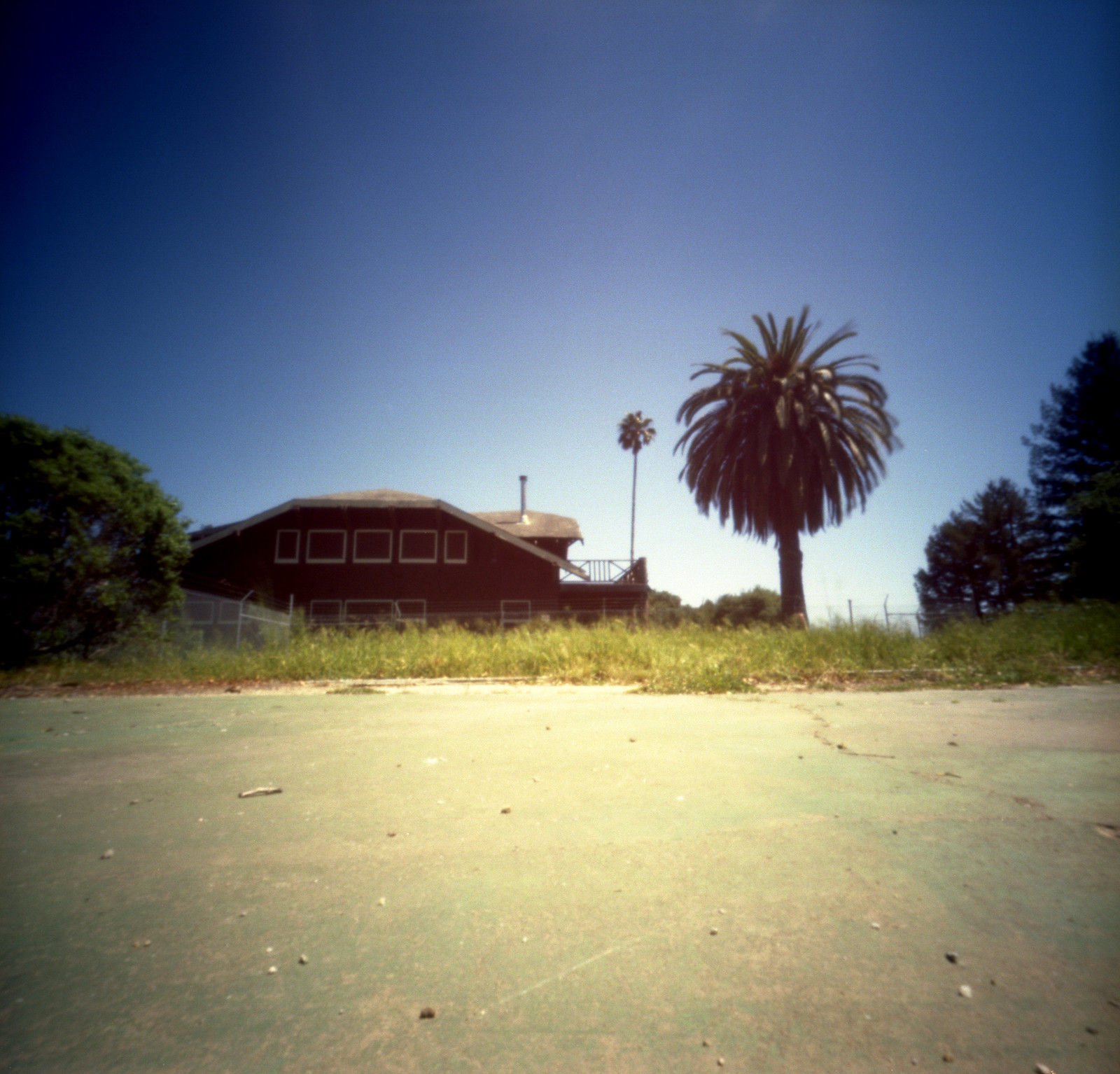 It wasn’t until I moved away from Santa Cruz that I first visited the Lost Boys bridge as a tourist. And when I lived there I was mere blocks away from it! We were living in Spokane and visiting my in-laws in San Jose when we decided to venture over the mountain to visit our old haunts. I found myself having enough courage to cross the trestle and then snap a photo. A local remarked, “Yeah! Gotta take a shot of the Lost Boys Bridge!” The bridge is truly frightening to cross, and I’ve only ever used the walkway. When we were visiting in April there were several people crossing the rail part of it, even with small kids! I was kind of dumbfounded by their stupidity because the rail is very active. It didn’t stop me from pinholing them though! 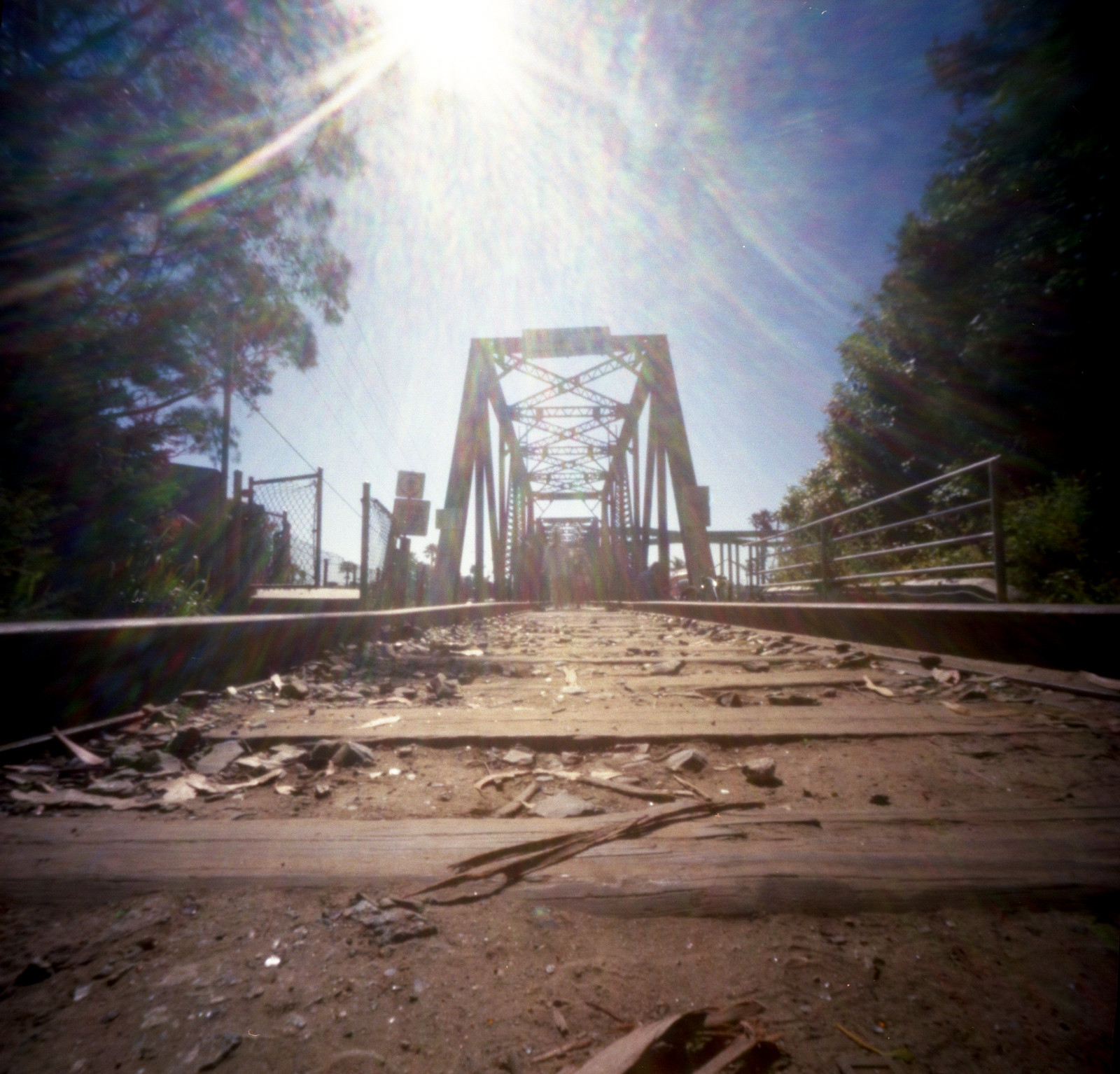 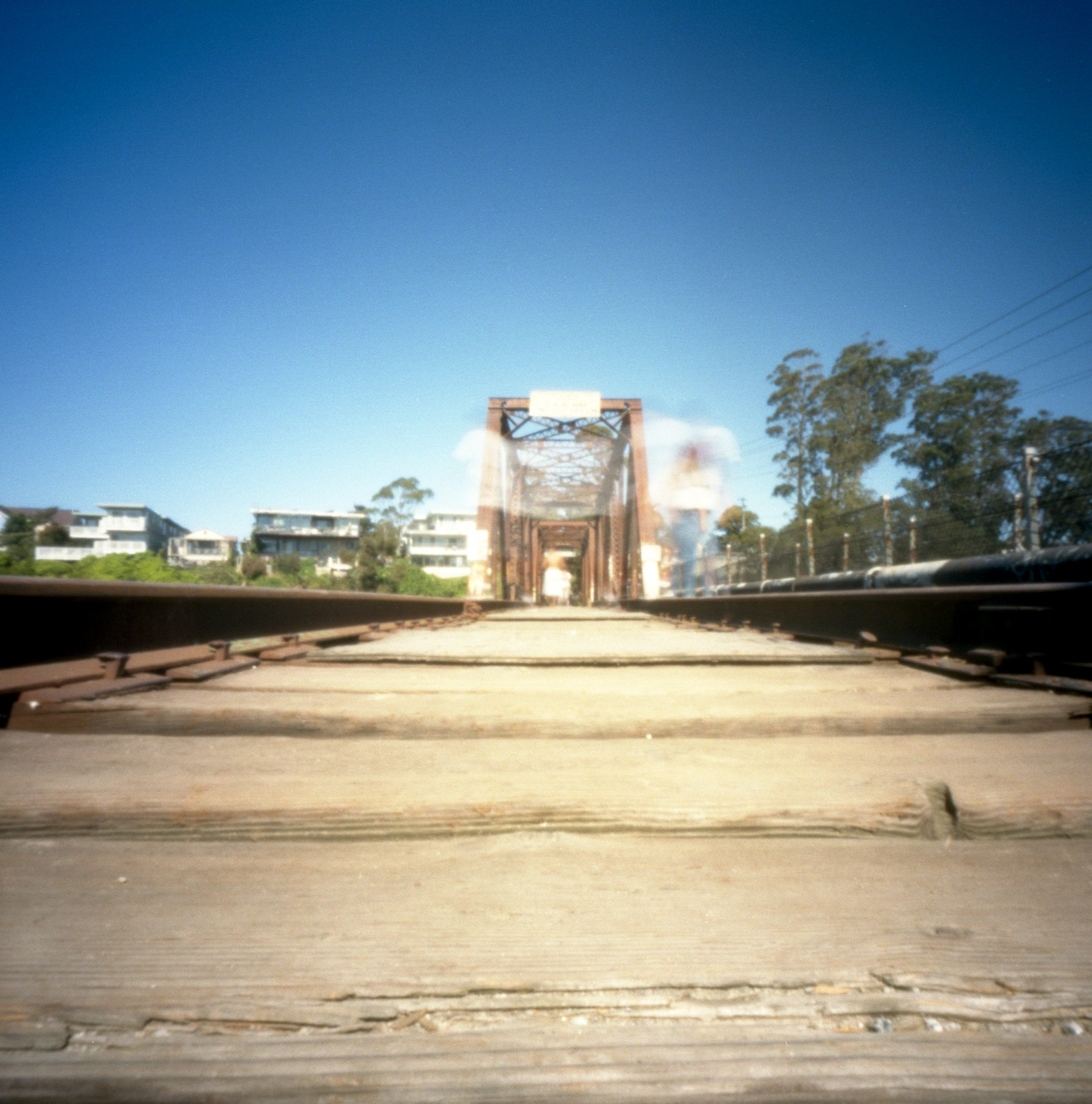 I hope you enjoyed my little Lost Boys tour of Santa Cruz, CA. There are a few other places from the movie that I’d like to find. I am determined to find them and pinhole them!

These photos were made with my Zero 2000 and Ektar 100. It was a bright day so exposure time was less than 5 seconds for all of them.

One thought on “A Lost Boys tour through Santa Cruz, CA”