To take pictures for the 2008 pinhole photography day, I met a few pinholing friends in Worcester, the third largest city in Massachusetts. Like most cities, Worcester offers a visitor many possibilities for recreation, intellectual stimulation, entertainment, and dining. For photography, though, I steer clear of the usual sources of civic pride and seek out the edgier parts of town.

My camera that day was my one-shot Moxie Cam, which started as a craft-store circular wooden box cut in half. The camera holds a 7″ piece of 120 film. It’s pretty cumbersome to use: load, tape, shoot, untape, unload, re-load, re-tape, and so on. But who’s in a hurry? (Here is a shot of the MoxieCam posted on flickr.)

This graffito was painted on the northern-most wall of the abandoned Standard Foundry company in Worcester. The painter’s brute-force technique and one-word message struck me. I have later learned that Rev, a graffiti-ist of considerable reputation–paints the Revolt signs. I can tell from this example that Rev does things his own way. (All of the buildings of the Standard Foundry, which occupied maybe four blocks, were razed to make way for an industrial development project that fell through, so a photogenic playground and a place for all sorts of misdeeds is now a set of vacant lots.)

Between two of the Standard Foundry buildings a substantial pile of trash grew. On the pile was a pretty big TV set that had a smashed screen, and this torn material was part of the inside of the screen. To more than one visitor to my flickr stream, this shot is a bit anatomical. Read their comments here.

These plastic flowers occupied the tiny garden near the front steps of a two-family house a block away from the rail yard. We were there shooting just as the owner came outside to walk her dog, so I got to meet her. She told me she had found the flowers in a dumpster, brought them home, cleaned them, and there they are. The day was overcast, so I was unsure about whether I would have enough light for color film. I am glad I gave it a try.

You attract attention if you’re walking around with a gizmo on top of a tripod, and so it was with this trio, who were hanging out in a small plot of land that had become a community garden in Worcester’s Canal District. Pinhole day is early in the spring, the public plots were not growing anything yet. Jose, the guy in the center, surprised me by asking if I was using a pinhole camera. It turns out that in his high school graphic arts class he made and used a pinhole camera himself.

To get this shot of the Corner Diner, I had to stand in the middle of the intersection with my large-format camera and tripod. If you go early in the morning, traffic is light. The shot was taken on Fuji peel-apart 4 by 5 film.

More flowers. This photo is of a display of artificial flowers for sale at the Talbert Marketplace flea market.

Many exciting days of fishing started with a pre-dawn visit to this shop, which has been closed for many years. They renovated the building, but kept the sign! This photo from 2006 was on the first roll I ever shot with a pinhole camera–in this case a Brownie Hawkeye Flash with the lens removed. In my opinion, if you are visiting someplace as photographer or as a tourist or both, you’ll have a different kind of experience if you take an open mind off of the beaten path.

This is the camera I won from the Pinhole Obscura contest, shot with a Canon 5D with a body-cap pinhole. On this camera, the Diana’s aperture control lets you select one, two, or three pinholes, so you can produce in-camera one-shot multiple exposures. Among the accessories are six little colored filters, to let you ramp up the strangeness when you feel the need to. I am looking forward to putting some film through this! 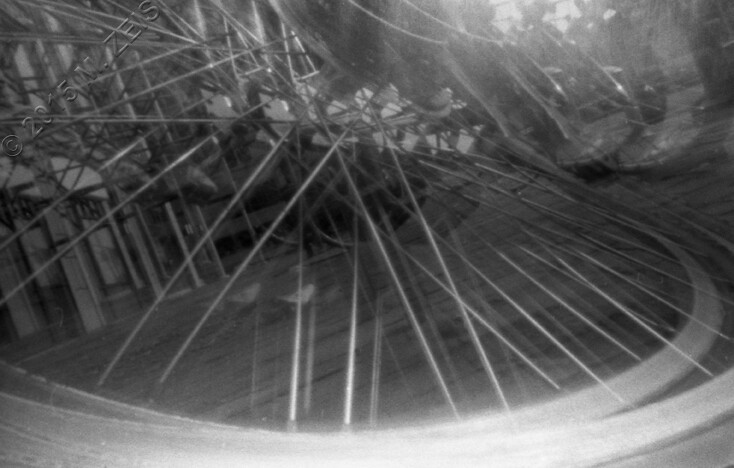 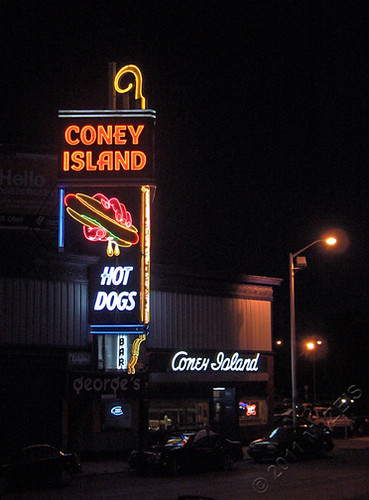 One thought on “Worcester, the third-largest city in Massachusetts, through a pinhole (Guest blog by Mike Zeis)”