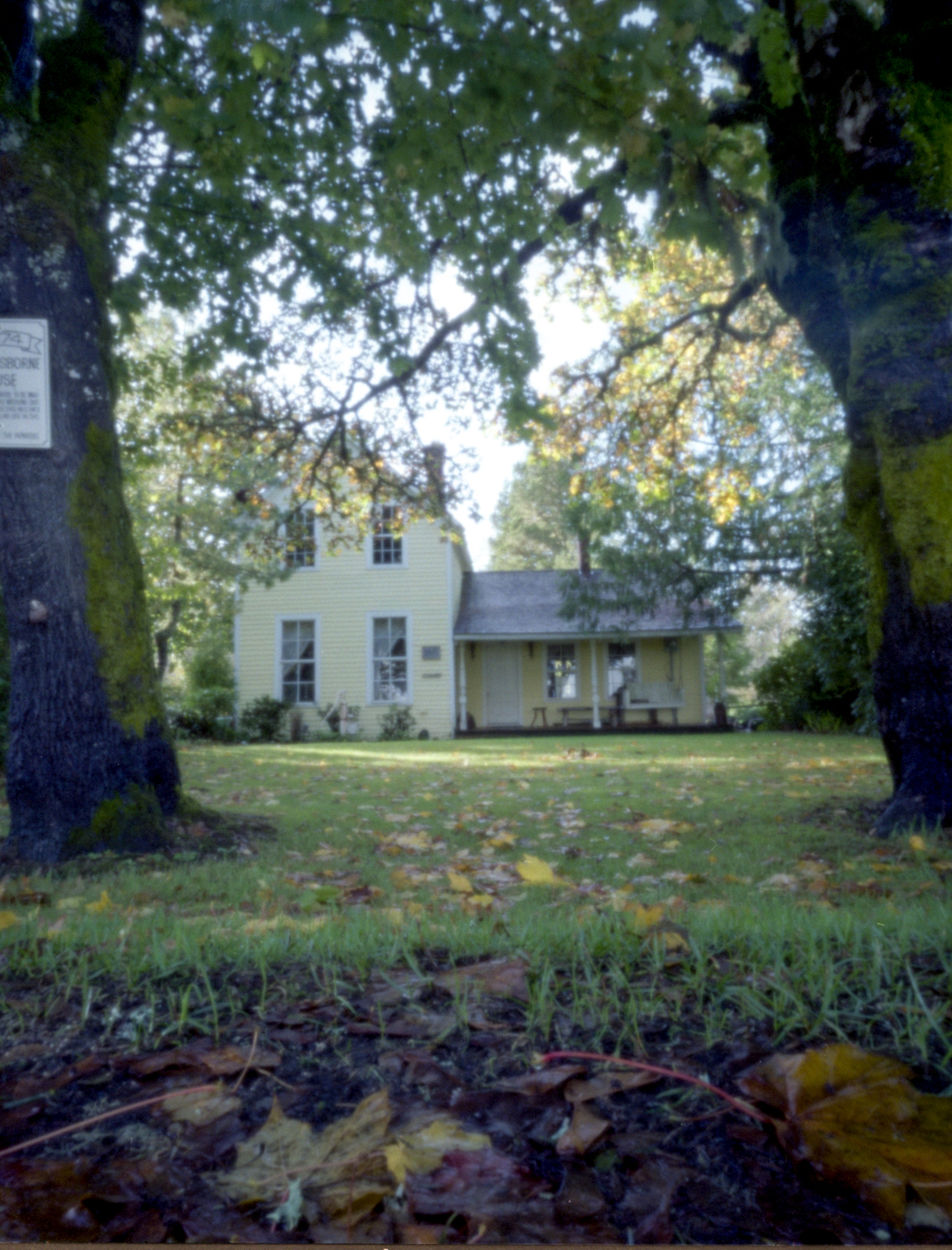 On the coast of Washington State is a tiny little sliver of land called, The Long Beach Peninsula. This peninsula is, as the name suggests it’s very long. In fact, it boast’s “The World’s Longest Beach” (Which is also a highway!).

I will write more about Long Beach another day because it deserves it’s own post. Today I want to tell you about Oysterville.

Oysterville is near the north tip of the peninsula. It’s not quite a ghost town because people live in the houses, but really more museum than town.

The city was established in 1893 and was very prosperous in it’s business of selling, you guessed it, oysters. However, it fell into decline when the “Clamshell Railroad” ended at a town just south of Oysterville. There is also some drama surrounding a rival town  “stealing the county seat” in the middle of the night. You can read more about the history here.

The town today is a lovely little piece of history that a person can walk around in and enjoy. It’s fun to look at the houses and read the stories of the people who once lived there.

Here is a walk I did with my pinhole camera this past Christmas. All of these images were made with my Terrapin Bijou and Ektar Film.

Below is a photo of Ned Osborne’s house. Oh this poor guy. Every time I read the sign describing the house I feel so sad for him. There are a couple of stories but the one that is written in the walking tour is that he built it for his bride-to-be but she jilted him before the wedding. She married somebody else and he didn’t finish the house, but lived in it as a bachelor for the rest of his life. :.(

Here is the old schoolhouse

And a couple of shots of the inside of the quaint little church.

this is an actual old street! It leads to the beach.

And, finally, I can’t resist trying to shoot the sun with my pinhole camera.