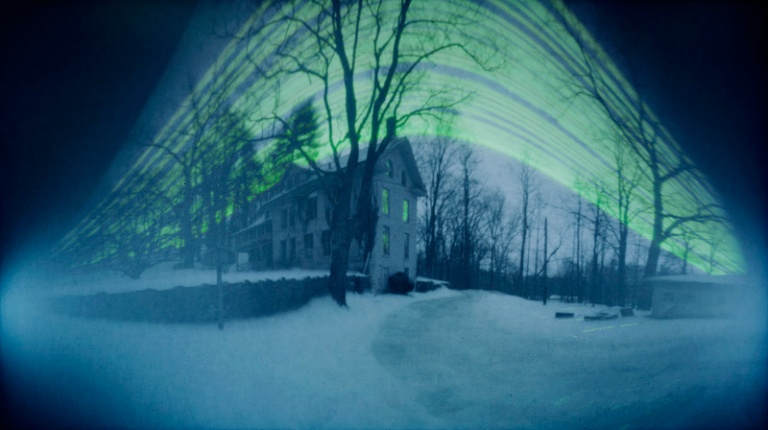 A bit more than a stone’s throw from my house lies Solitude House – this old house was built in the mid-1700s for the manager of the adjoining iron works, which made farm implements and such. After the Revolutionary War started, it also made munitions for George Washington’s army. During the war the house served for a time as a prison for the last colonial governor of Pennsylvania. The iron works became the Taylor Wharton Iron and Steel Company, which operated there for more than two hundred years. The site is still there, home now to Custom Alloy Corporation. (more info about the house is here.)

This photo is a solargraph – solargraphy (or solarigraphy) is the practice of making very long exposure pinhole photographs, usually including the sun. The long exposures show the path the sun takes across the sky, making it easy to see how the sun is lower in the sky during the shorter days of the year. I learned of this practice first from Jesús Joglar and Johanna Moore, and later Diego Lopez Calvin, all of whom gave me generous support and advice. I made a few tests last winter (of which this is one) and based on those I decided to make a bigger project – now I’m in the middle of making and editing a solarigrafía survey of Hunterdon County, New Jersey, where I live.

One thought on “Solitude House”