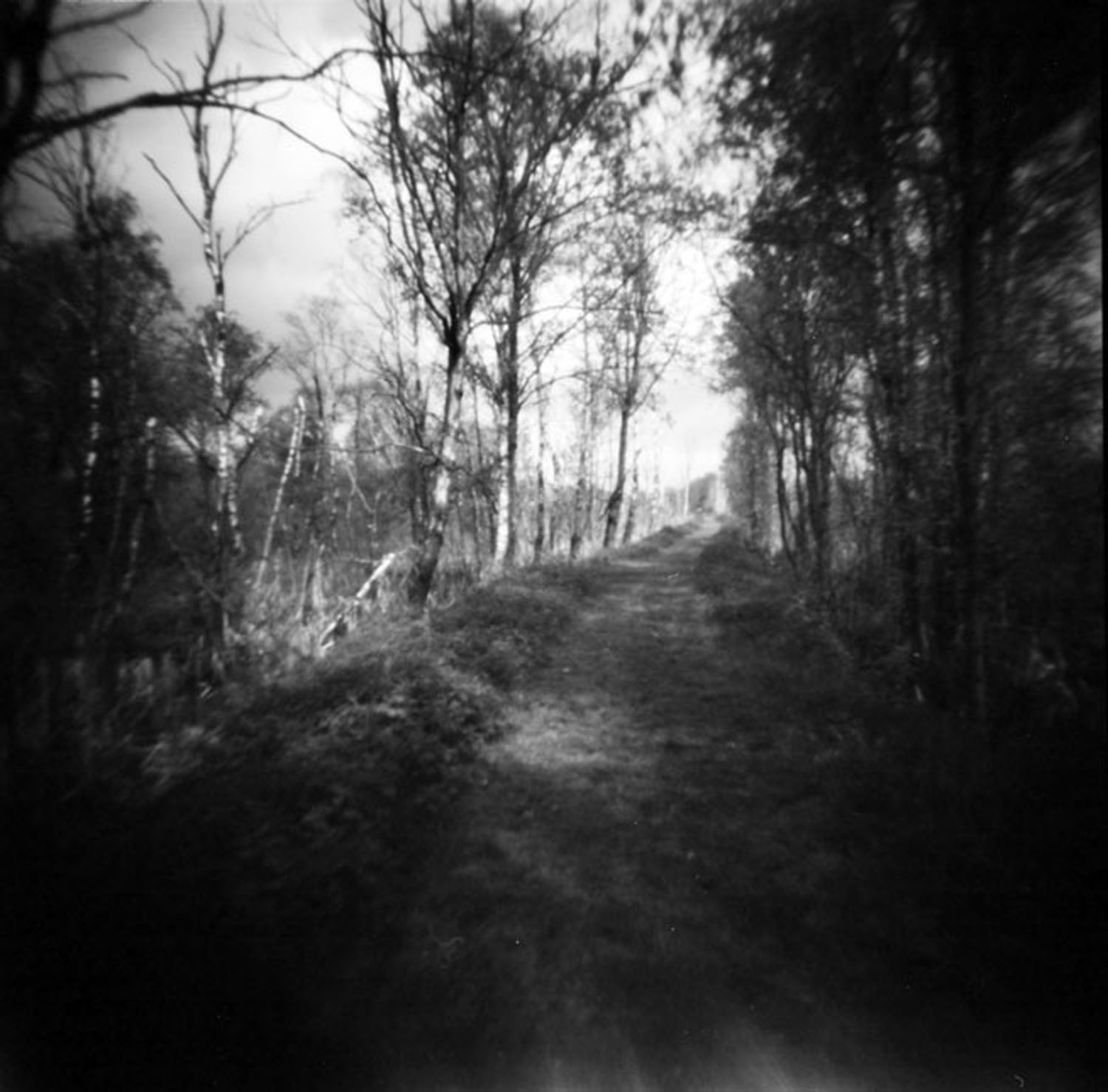 It has been a while since I posted on this blog, due to personal stuff. Anyway, I grew up in the South East of the Netherlands, near an area they call De Peel. When I was little, my uncle took me for a trip to the Peel once. We walked through the swamp area, and he showed me all kinds of moss, flesh eating plants and animals living there. It made quite an impression on me. In primary school, one of the teachers read a book called ‘Beekman en Beekman’ to our class. It’s set in the Peel, before WWII, and it’s about twin brothers growing up. The whole class thought it was hilarious. I still think it’s a very entertaining book, and I still read it from time to time.

For some reason I never visited again, and on WPPD 2015 I wanted to take pinhole pictures there. The Peel used to be a large area of moors, swamps, forest and people used to dig up peat there. Because the swamps were so dangerous, many folk tales about ghosts and weird swamp creatures were told.

In the nineteenth century small factories were set up to process the peat, canals were dug to transport the peat, and small villages were built for the people who dug the peat. Slowly the Peel area changed. These days, there are still some spots where you can see the Peel how it used to be, swampy and all. These areas are turned into nature parks. The rest has become a ‘normal’ area with farms, villages, etc.

One of the many canals, exposure time: 5 seconds

During WWII a defense line was built in the Peel. The Dutch fought the Germans at the start of the war, and near the end there were heavy fights again. The area still has a lot of bunkers and parts of bunkers.

It was nice to re-visit the Peel, and I’m sure I’ll go back soon.