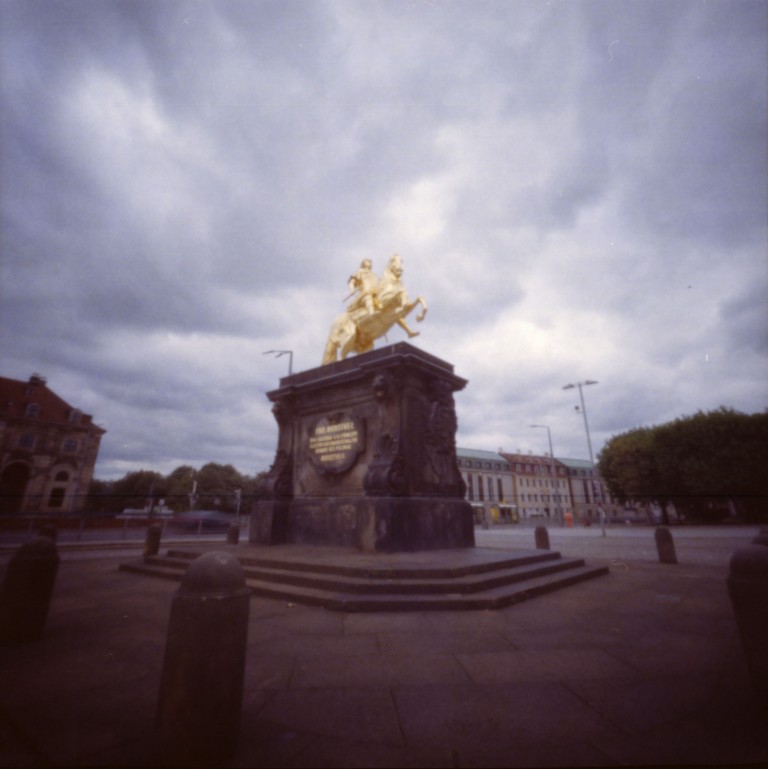 Der goldener Reiter (the golden horseman) is the statue of August the Strong, king of Poland and king of Saxony. Under his reign many baroque buildings were built and the art collection of the Saxons was expanded. During that period Dresden was compared to the Italian city Florence. August the Strong was honoured with this statue, because he took the initiative to rebuild a part of the city, that burned down.

The statue was dismantled in 1944 during WWII. It was placed in a cellar, and thus survived the bombing of Dresden in February 1945. Der goldener Reiter was rebuilt in 1956, when the city of Dresden celebrated its 750th birthday. In 1965 the statue was re-gilded.

There is a German song by Joachim Witt called “Der goldener Reiter”. It was written in the early eighties, in the Neue Deutsche Welle style (German New Wave). The song has nothing to do with August the Strong or the statue, but I wanted to post it anyway. It’s stuck in my head ever since I saw the statue. It’s about having mental problems and being in an institution…..